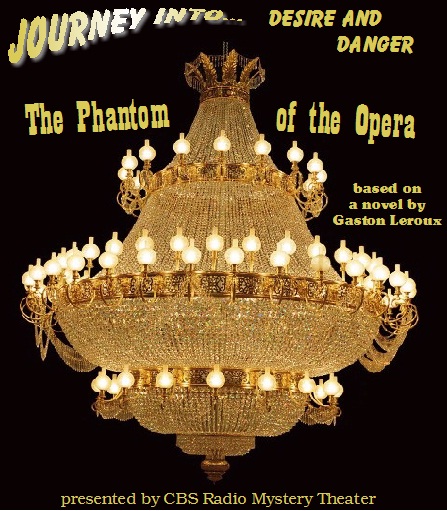 Terrorist? Angel? Musical genius? Ghost? Among the many questions surrounding the phantom of the Paris Opera House, one thing is for sure: He is in love with his protegee.

To download, right-click here and then select Save Target As

Le Fantôme de l'Opéra (English: The Phantom of the Opera) is a novel by French writer Gaston Lerooux.  It was first published as a serialisation in "Le Gaulois" from September 23, 1909 to January 8, 1910. Initially, the story sold very poorly upon publication in book form and was even out of print several times during the twentieth century.  Iit is overshadowed by the success of its various film and stage adaptations. The most notable of these were the 1925 film depiction, Ken Hill's 1976 musical at the Theatre Royal Stratford East followed twelve years later by Andrew Lloyd Webber's 1986 musical, and Lloyd Webber and Joel Schumacher's 2004 film.

Suggested Podcast Episode: "Black Hill" and "The Worm That Gnaws" by Orrin Grey on Pseudopod.

Theme music by Man In Space
To comment on this story, journey on over to the Forums
Posted by Journey Into... at 11:09 PM No comments: 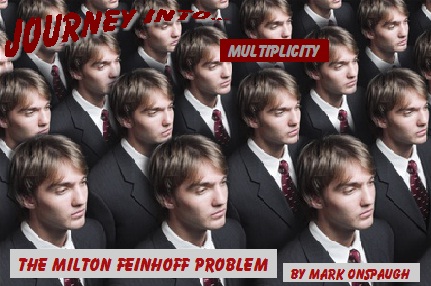 One bright Spring morning, Milton Feinhoff came downstairs to find himself eating an enormous stack of waffles.  That was just the beginning.

As a child, Mark Onspaugh sat too close to the TV, and now needs glasses.  His young brain was irradiated with monster movies, sci-fi and Looney Tunes.  DC Comics took care of the rest.  Today, he is the writer of the film Kill Katie Malone, a co-writer of the cult fave Flight of the Living Dead, and has several scripts in development.  He has sold numerous short stories and essays.  He tells people he was raised by wolves, but his parents were nice people who only eviscerated the occasional wayward traveler.  You can visit him at www.markonspaugh.com and on his Facebook pages, including Out of My Mind – Fiction and Film from MarkOnspaugh.
Today's narator, Chris Munroe, is a 33 year old actor/comedian who, between shows and dayjobs, likes to play with words and ideas. He currently lives in , where he works, lives, maintains his flash fiction blog (munsistories.blogspot.com) and struggles with an as yet unfinished surrealist urban fantasy novel. His work has previously appeared in Black Heart Magazine, Dark Recesses and the Dunesteef Audio Fiction Magazine.  He also now has a YouTube channel under the name MunsiSellsOut.
Suggested Podcast Episode: "The Man Who Lived Backwards" by Charles F. Hall on The Classic Tales Podcast

To comment on this story, journey on over to the Forums
Posted by Journey Into... at 11:24 PM No comments: