Just a quick note to announce that the 2nd place winner in the contest will now also get $15 in addition to their story being produced on the podcast.  Ist place stays the same with $25 and production on the podcast.

Email ThisBlogThis!Share to TwitterShare to FacebookShare to Pinterest
Labels: contest

The beacon of light and the sound of the fog horn call out to more than just helpless ships. 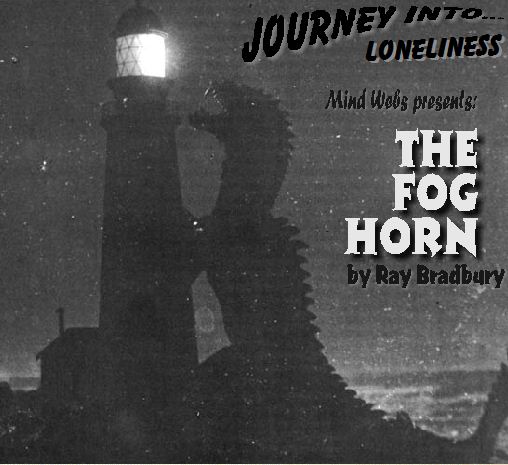 Mind Webs was a 1970's series out of WHA Radio in Wisconsin that featured weekly semi-dramatized readings of science fiction short stories performed by Michael Hansen.  It aired stroies by some of the genre's best writers like Norman Spinrad, Arthur C. Clarke, Gordon R. Dickson, and Ray Bradbury. Many of the readings were enhanced by music, periodic sound cues, and the occasional character voice, however they are not completely dramatized.

Ray Bradbury was born on August 22, 1920 in Waukegan, Illinois. He was an American fantasy, science fiction, horror and mystery fiction writer. Best known for his dystopian novel Fahrenheit 451 (1953) and for the science fiction and horror stories gathered together as The Martian Chronicles (1950) and The Illustrated Man (1951), Bradbury was one of the most celebrated 20th-century American writers of speculative fiction. He also inspired generations of writer and readers. Many of Bradbury's works have been adapted into television shows or films. He died, earlier this month, on June 5, 2012. Greg van Eekhout has written many short stories, as well as three novels. Norse Code is an adult urban fantasy about Ragnarok in modern-day LA. His two middle-grade novels, Kid vs. Squid and The Boy at the End of the World, have been thoroughly enjoyed by young and old alike. Greg is currently working on a new trilogy of books based on his short story, "The Osteomancer's Son", the first of which will be released in the fall of 2013.  You can follow Greg on his blog.

Rish Outfield is a writer, podcaster, and voice actor.  He is also the co-host of the Dunesteef Audio Fiction Magazine.  You can also follow Rish on his blog.

Renee Chambliss is a writer and professional audiobook narrator who lives in northern Californina. You can find out more about her at REChambliss.com.

Cast of characters for "Pennywhistle":
Renee Chambliss (author of Dreaming of Deliverance) as the mother
Sgzhanke S. Carlo as Nathan

Cast of characters for "The Scottish Play":
Rish Outfield (of the Dunesteef Audio Fiction Magazine) as Narator, Mr. Palmer, Uncle Rod, and the witches
Renee Chambliss (author of Dreaming of Deliverance) as Sammy, Li, and Tosh

Theme music: Liberator by Man In Space and Soundtrax for the Non-Existing Movies (and Rush)

To comment on this story, journey on over to the Forums

Robert's brother Douglas died when they were separated as conjoined twins. Or did he? 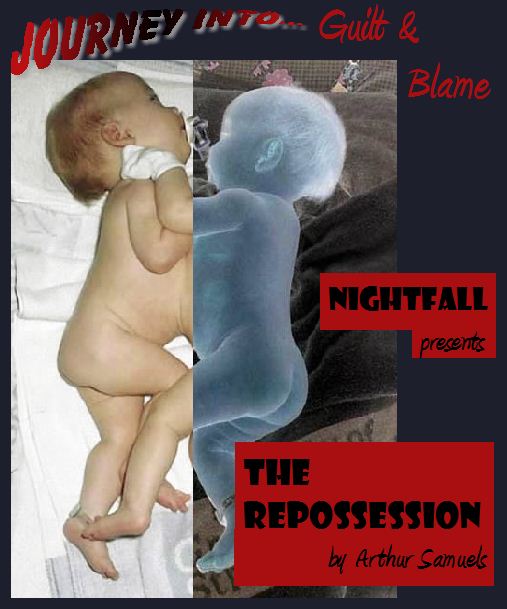 Nightfall is the title of a radio drama series produced and aired by CBC Radio (Canadian Broadcasting Corporation) from July 1980 to June 1983. While primarily a supernatural/horror series, Nightfall featured some episodes in other genres, such as science fiction, mystery, fantasy, and human drama. One episode was even adapted from a folk song by Stan Rogers. Some of Nightfall's episodes were so terrifying that the CBC registered numerous complaints and some affiliate stations dropped it. Despite this, the series went on to become one of the most popular shows in CBC Radio history, running 100 episodes that featured a mix of original tales and adaptations of both classic and obscure short stories.


To comment on this story, journey on over to the Forums
Posted by Journey Into... at 10:31 AM