Journey #38 - A Tribute to Ray Bradbury 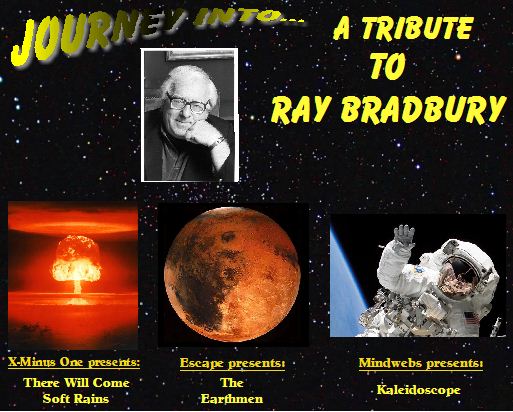 Ray Bradbury was born on August 22, 1920 in Waukegan, Illinois.  He was an American fantasy, science fiction, horror and mystery fiction writer. Best known for his dystopian novel Fahrenheit 451 (1953) and for the science fiction and horror stories gathered together as The Martian Chronicles (1950) and The Illustrated Man (1951), Bradbury was one of the most celebrated 20th-century American writers of speculative fiction.  He also inspired generations of writer and readers.  Many of Bradbury's works have been adapted into television shows or films.  He died, earlier this month, on June 5, 2012.

Other Bradbury links:
Ray Bradbury's latest work in the New Yorker
"The Veldt" as read by Stephen Colbert
"Homecoming"
"The Sound of Thunder"


To comment on this story, journey on over to the Forums
Posted by Journey Into... at 11:30 AM No comments:

A man who is obsesssed with being buried alive finds himself in the stae he most feared. 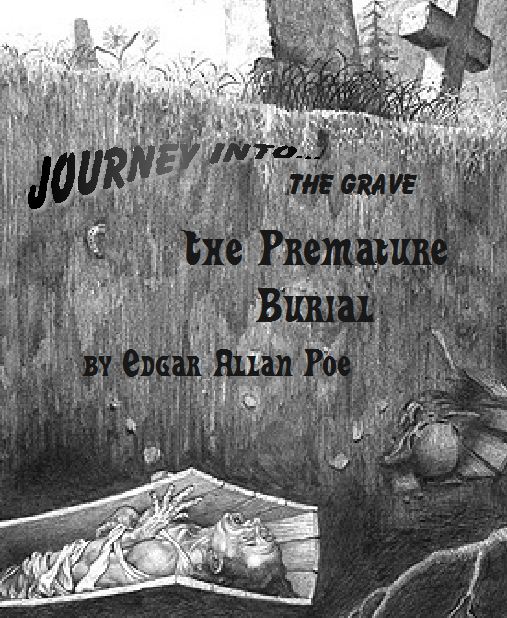 
To comment on this story, journey on over to the Forums
Posted by Journey Into... at 9:51 AM