The selfish giant want his grand garden all to himself. 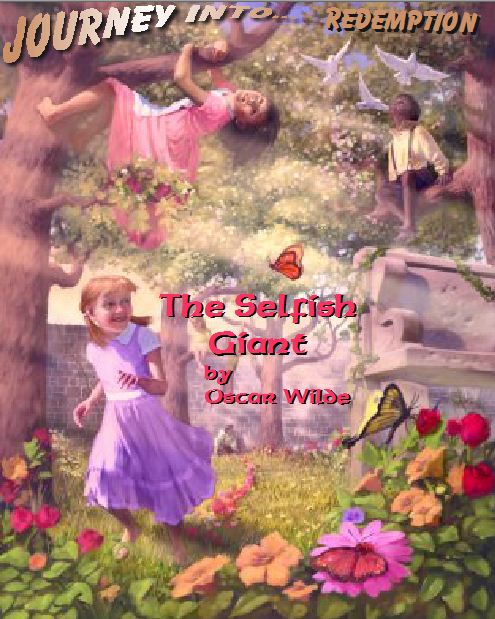 
Oscar Wilde, born on Oct 16, 1854 in Dublin, Ireland, is a well-known, journalist, writer, playwright and poet.   After writing in different forms throughout the 1880s, he became one of London's most popular playwrights in the early 1890s. Among his most notable works are his plays The Importance of Being Earnest and An Ideal Husband, and his only novel, The Picture of Dorian Gray. He is also widely known for his satirical witticisms.
Cast of characters:
Kelley Latham as Narrator
Nicole Latham as the happy child
Marshal Latham as the giant
Megan Latham as Spring
Parker Latham as the answering child
Robbie Latham as the loved little boy

Music used in this production:
Brandenburg Concerto No. 4 in G (Movement I), Minima, Oppressive Gloom, Arcadia, and Virtutes Vocis by Kevin MacLeod


To comment on this story, journey on over to the Forums
Posted by Journey Into... at 12:32 AM

Journey #42 - Skylab, Are You There with Rod Serling and William Shatner (presented by Zero Hour)

Houston has lost contact with the astronauts on Skylab. 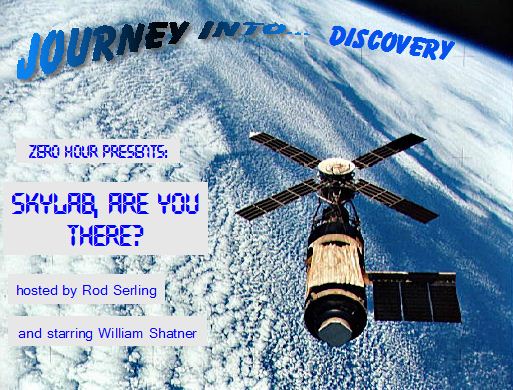 The Zero Hour  was a 1973-74 radio drama anthology series hosted by Rod Serling.  With tales of mystery, adventure and suspense, the program aired in stereo for two seasons. Some of the scripts were written by Serling.  Originally placed into syndication on September 3, 1973, the original format featured five-part dramas broadcast Monday through Friday with the story coming to a conclusion on Friday. Including commercials, each part was approximately 30 minutes long.   In 1974, still airing five days a week, the program changed to a full story in a single 30-minute installment with the same actor starring throughout the week in all five programs. The series ended on July 26, 1974.  See more on Wikipedia.

Thanks (I guess) for the "special appearance" of Big Anklevich and Rish Outfield from the Dunesteef Audio Fiction Magazine.

Dunsteef episodes produced by Marshal:
All The Cool Monsters At Once by James Alan Gardner
Must Have Own Weapons by Edward McKeown
Anakoinosis by Tobias S. Buckell
Out Of The Storm by Rick Kennett
The Alarm by Harris Tobias

To comment on this story, journey on over to the Forums
Posted by Journey Into... at 6:31 AM

Francis and Benjamin, unlikely companions, venture out an a quest of vengence for the dead mouse king.


David Barr Kirtley is a terrific short story writer who lives in New York City. He has published many great stories, including several featured in John Joseph Adams' anthologies, such as The Way of the Wizard, The Living Dead, and in the recently released anthologies Armored and Under the Moons of Mars. David is also the co-host of the fantastic interview and geek talk podcast Geek's Guide to the Galaxy. You can find out more out more him at his website.

Authors Note: David wrote a short “behind the scenes” essay about how he wrote this story.


To comment on this story, journey on over to the Forums
Posted by Journey Into... at 10:38 AM

Horatio, as Lieutenant aboard the H.M.S. Renown, discovers that all ships are not the same, nor their captains. 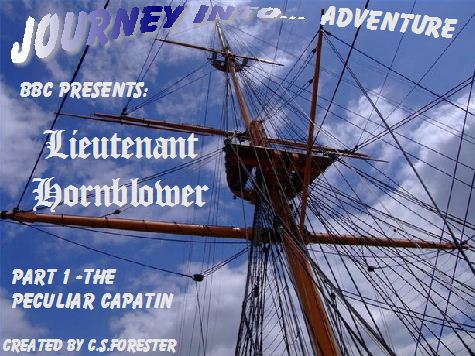 To comment on this story, journey on over to the Forums
Posted by Journey Into... at 10:04 PM

Announcments from Base Camp: The Parsec Awards

"Dream Engine" by Tim Pratt is a Parsec Award Finalist. 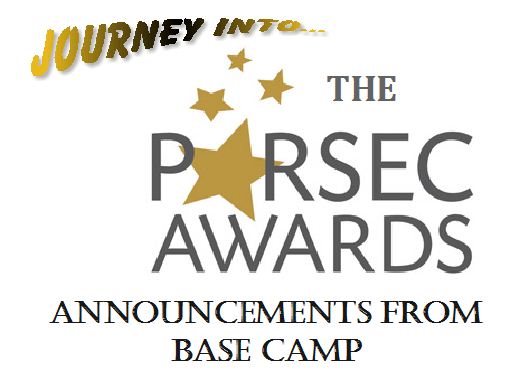 Theme music: Surf's Down by Man In Space.