Artaban is seeking to behold the King of Israel and finds instead the compassion and charity within his own heart. 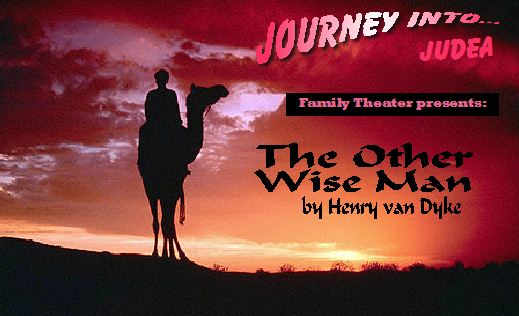 Family Theater Productions, an extension of the Family Rosary Crusade founded by Father Patrick Peyton, CSC, as a way to promote family prayer. The program had no commercial sponsor, yet Father Peyton, CSC arranged for many of Hollywood's stars in film and radio at the time to appear. In its ten-year run, well-known actors and actresses, including James Stewart, Gregory Peck, Bob Hope, Lucille Ball, Shirley Temple, and more appeared as announcers, narrators or stars.  A total of 540 episodes were produced. The program featured not only religious stories but half-hour adaptations of literary works such as A Tale of Two Cities, Moby-Dick and Don Quixote.


To comment on this story, journey on over to the Forums
Posted by Journey Into... at 12:03 AM

George Bailey is at his wits end, and only divine intervention can help him recognize that he has led a wonderful life. 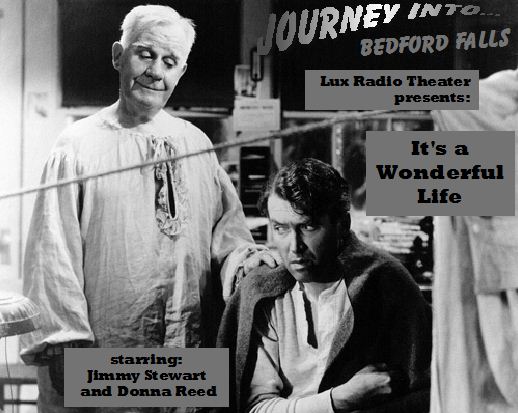 Lux Radio Theater was  a long-running classic radio anthology series. Initially, the series adapted Broadway plays during its first two seasons before it began adapting films. These hour-long radio programs were performed live before studio audiences. It became the most popular dramatic anthology series on radio, broadcast for more than 20 years and continued on television as the Lux Video Theatre through most of the 1950s.


To comment on this story, journey on over to the Forums
Posted by Journey Into... at 3:41 PM No comments: