Journey #113 - The Crowning of Charlemagne (You Are There)

Will Charlemagne, King of the Franks, accept a crowning as Holy Roman Emperor by Pope Leo III? 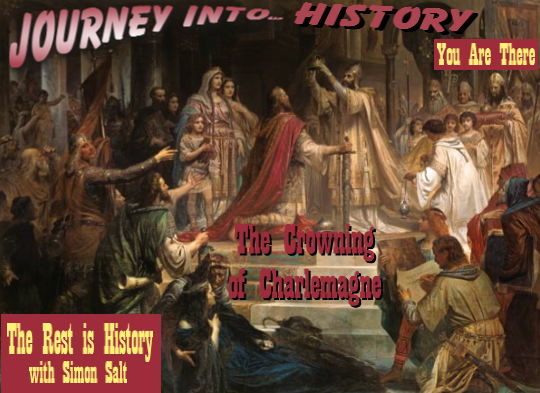 Email ThisBlogThis!Share to TwitterShare to FacebookShare to Pinterest
Labels: And The Rest Is History, OTR, Simon Salt (voice), You Are There 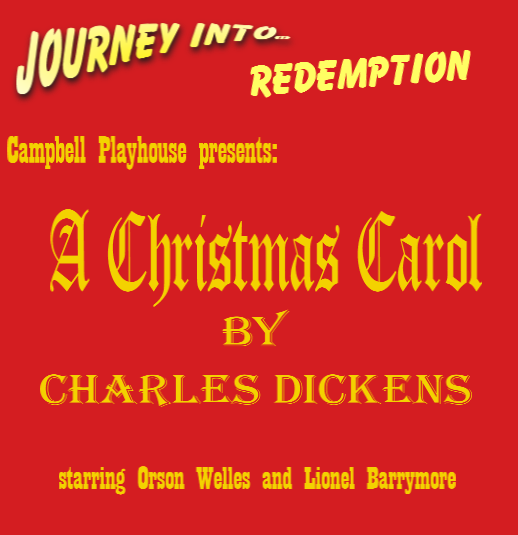 Charles Dickens (1812 – 1870) was an English writer and social critic. He created some of the world's most memorable fictional characters and is generally regarded as the greatest novelist of the Victorian period. During his life, his works enjoyed unprecedented fame, and by the twentieth century his literary genius was broadly acknowledged by critics and scholars. His novels and short stories continue to be widely popular. They include Great Expectations, Oliver Twist, A Tale of Two Cities, David Copperfield, and A Christmas Carol.

The Campbell Playhouse (1938–40) was a live CBS radio drama series directed by and starring Orson Welles. It was a continuation of The Mercury Theatre on the Air, but now directlysponsored by the Campbell's Soup. The series offered hour-long adaptations of classic plays and novels, as well as adaptations of popular motion pictures.


To comment on this story, journey on over to the Forums
Posted by Journey Into... at 1:00 AM

The ferryshafts' last great struggle against the mighty creasia cats sets the stage for the life, challenges, and destiny of the runt ferryshaft, Storm. 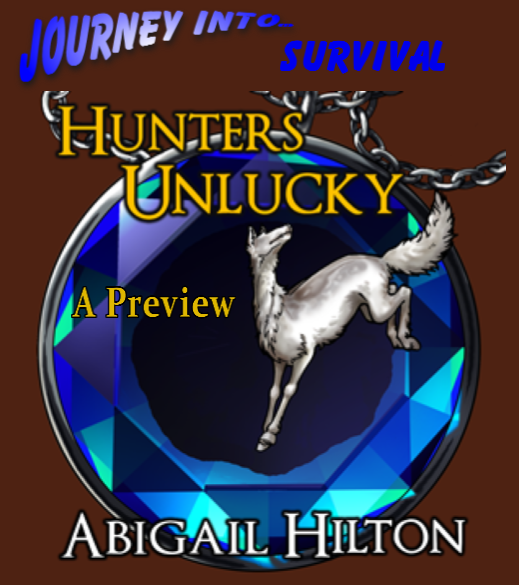 
Abigail Hilton to the author of the Prophet of Panamindorah and Guild of the Cowry Cathchers book series, and various other short stories.  She self-publishes all of her books, and also podcasts them for free upon initial release.  Abbie is also a nurse anesthetist (CRNA), which she claims is compatible with writing fiction. She loves science; and she loves stories.  She finished her first novel when she was 15, and never stopped.

Rish Outfield is a writer, podcaster, audiobook narrator, and voice actor.  He is also the co-host of the Dunesteef Audio Fiction Magazine.  You can also follow Rish on his blog, and read his stories on Smashwords.

Related Links:
Music used for the story is "Dragon Hunt" by Phil Rey (licensed by Abbie through Magnatune.com)

You can find the complete novel of Hunters Unlucky in print form from Amazon, as an audiobook from Audible.

You can also catch its podcast serialization on Abbie's podcast, The Worlds of Abigail Hilton.

You can find Rish Outfield's reading of his own short story "Birth of a Sidekick" on Audible, as well as on his podcast The Rish Outcast.


To comment on this story, journey on over to the Forums
Posted by Journey Into... at 2:09 PM No comments: