Kraykor is driven to the edge of space; and the only way to escape death is by entering into Ligeia. 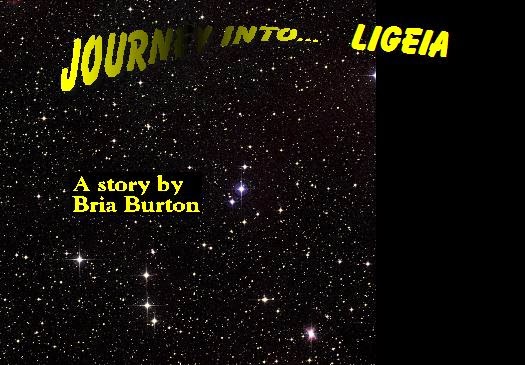 Bria Burton writes speculative and other fiction in St. Petersburg, Florida. Her publications are listed on her website: www.briaburton.com.  Three dreams came true for her in 2013. She quit her job in order to write full time, a dream since childhood. She was selected as one of the winners in the Edgar Allen Poe writing contest, a dream since last year when her submission, much like Kraykor in the story, sailed into a deep void in space never to be seen or heard from again. Over at the Dunesteef Audio Fiction Magazine, she was selected as one of the winners in the Triple Word Score Contest, fulfilling a dream since 2010 to have a story air on the podcast. She thanks her hubby and her parents for always encouraging her to follow her dreams.

Related Links:
Kid President
Void of Opportunity (you might need to join the Escape Artists forums to see this, but it's not a bad place to hang out.)


Music used in this production:
"Sunrise nrg"  by mmb digidesigns


To comment on this story, journey on over to the Forums
Posted by Journey Into... at 12:20 AM

Journey #85 - The Imp of the Perverse by Edgar Allan Poe

A man facing the gallows describes what led him to this fate. 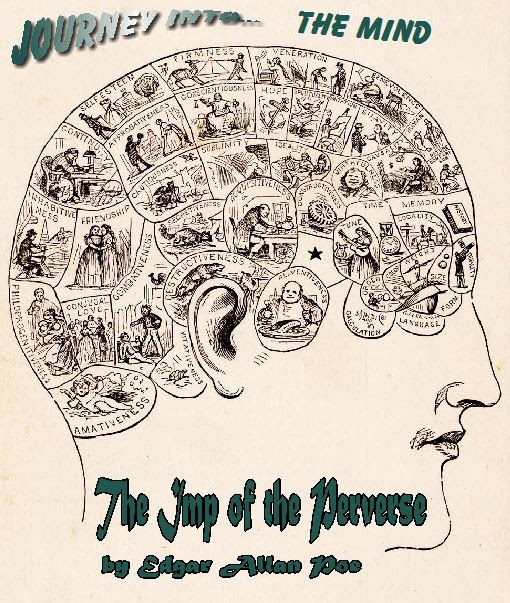 Norm Sherman is a writer, humorist and musician based out of Baltimore Maryland.  He is the charismatic founder and host of the 3-time Parsec Award winning podcast phenomenon ‘The Drabblecast.'  Norm is also the chief editor of the long-running science fiction podcast Escape Pod.  Let's face it: he is the God of Podcasting.  Not only can he narrate the pants off a rowdy chicken, he also writes and performs his own music.  You can check out his CD's here.

Music used in this production:
"Evening of Chaos", "Oppressive Gloom", "The Dread" and "Martian Cowboy" by Kevin MacLeod


To comment on this story, journey on over to the Forums
Posted by Journey Into... at 11:37 PM

Journey #84 - The Imp of the Perverse by Richard Freeman

Tanaka Sakura is beginning to realize she is not alone in her newly inherited house. 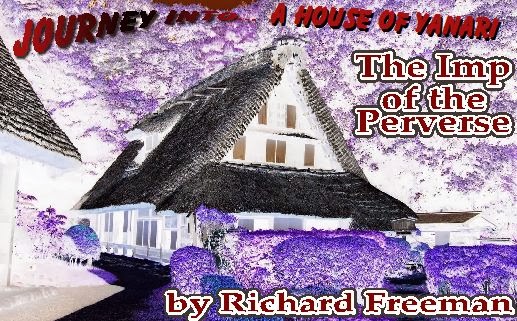 Richard Freeman lives in Exeter in the county of Devon in England  He isone of the few full time working cryptozoologists in the world. Richard is Zoological Director at The Centre for Fortean Zoology the world's only full time mystery animal research organization. www.cfz.org.uk

Richard has mounted expeditions in search of many cryptids (mystery animals) including the yeti (a huge, black furred, bipedal ape) in India, the Mongolian deathworm (a much feared burrowing reptile) in the Gobi, the giant anaconda (a titanic snake) in Guyana, the orang-pendek (an upright walking ape) in Sumatra, the almasty (a relic hominin) in Russia, the naga (a huge, crested serpent) in Thailand and the ninki-nanka (a dragon-like beast) in West Africa. He is currently on an expedition in search of the Tasmanian wolf (a flesh eating marsupial).

He has lectured on the subject of mystery animals all over the country including at the Natural History Museum, The Grant Museum of Zoology, the Last Tuesday Society and Queen Mary University of London.

Richard has written a number of books of monsters and folklore including Dragons: More Than a Myth?, Explore Dragons, The Great Yokai Encyclopaedia: An A to z of Japanese Monsters and Orang-Pendek:  Sumatra’s Forgotten Ape.  He has branched into horror fiction with two collections of short stories published, Green Unpleasant Land: 18 tales of British Horror and Hyakumonogatari: Stories of Japanese Horror Book One. He isalso editing Tales of the Damned an anthology of fortean horror stories written by some of the world’s most prominent researchers.

Julie Hoverson is a tremendous writer, voice actor, and audio producer.  Check out many of her creations at www.19nocturneboulevard.net/


Music used in this production:
"Opium" and "Asian Drums" by Kevin MacLeod


To comment on this story, journey on over to the Forums
Posted by Journey Into... at 11:58 PM