Young Charlotte, or "Charlie", is happy to have her namesake uncle come for a visit until he starts acting suspicious. 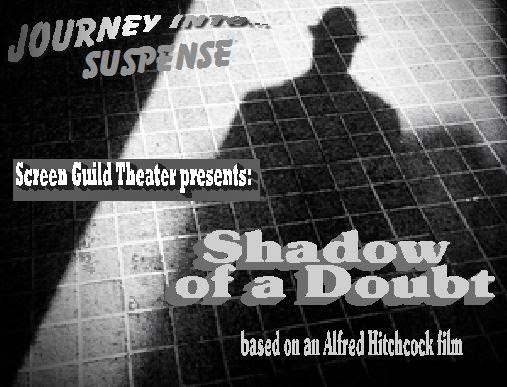 Alfred Hitchcock was born on August 13, 1899, and later became an iconic English and American film director and producer. Often nicknamed "The Master of Suspense", he pioneered many techniques in the suspense and psychological thriller genres. Over a career spanning more than half a century, Hitchcock fashioned for himself a distinctive and recognizable directorial style.  Hitchcock directed more than fifty feature films in a career spanning six decades. Often regarded as the greatest British filmmaker, he came first in a 2007 poll of film critics in Britain's Daily Telegraph, which said: "Unquestionably the greatest filmmaker to emerge from these islands, Hitchcock did more than any director to shape modern cinema, which would be utterly different without him. His flair was for narrative, cruelly withholding crucial information (from his characters and from us) and engaging the emotions of the audience like no one else."


To comment on this story, journey on over to the Forums
Posted by Journey Into... at 8:01 AM