Teenager Miranda Candle finds a mysterious necklace and is suddenly transported to The Nex, the bizarre city at the center of all possible universes, where she falls in with a pair of would-be revolutionaries - the skinshifter Howlaa, and the bodiless Wisp. 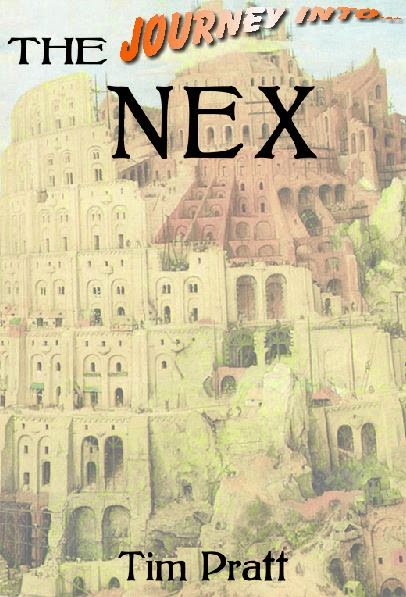 
Tim Pratt is a science fiction and fantasy writer and poet. He grew up in the vicinity of Dudley, North Carolina, and attended Appalachian State University, where he earned a Bachelor's in English. In 1999 he attended the Clarion East Writing Workshop. He moved to Santa Cruz, California in 2000, and currently resides in Oakland with his wife Heather Shaw and son River. He currently works as a senior editor at Locus Magazine.


If you liked this preview of The Nex, you can finish the adventure in the free serialized blog form, as a paperback or Kindle, or as a continuation of the full cast Audible book.

To listen to the first story set in this world, you can listen to Part 1 and Part 2 of "Dream Engine" by Tim Pratt.  Caution: The roles of the cast are shifted around a bit, as explained in the today's discussion after the preview.

To listen to the further adventures of Miranda and Jenny Kay, you can listen to "We Go Back" by Tim Pratt as read by Mur Lafferty on Escape Pod..


To comment on this story, journey on over to the Forums
Posted by Journey Into... at 11:30 PM