Side Trip #6 - Eyes of Redemption by Marshal Latham

Morgan, recently separated from his wife, visits an old abandoned church in search of redemption. 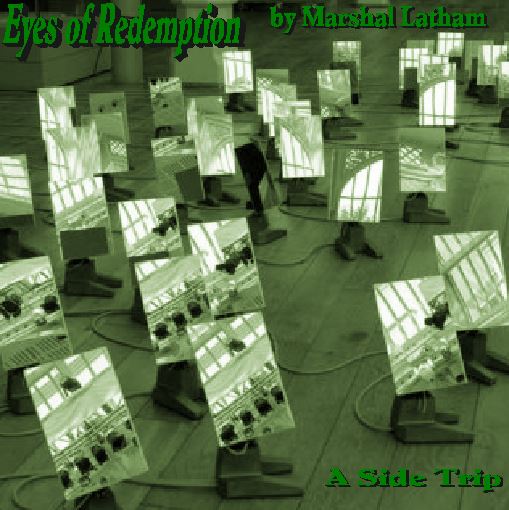 Music used in this production: "Lone Harvest" by Kevin MacLeod


Theme music: Surf's Down by Man In Space


To comment on this story, journey on over to the Forums
Posted by Journey Into... at 12:26 AM No comments:

The last man on Earth sat alone in a room. There was a knock on the door... 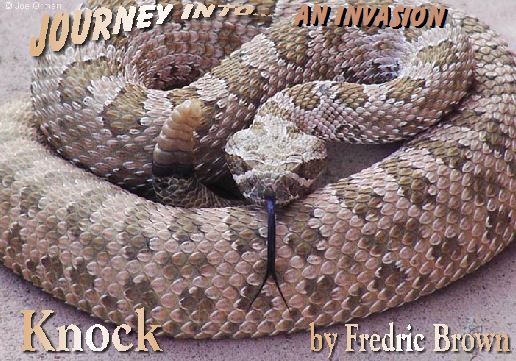 
Fredric Brown (October 29, 1906 – March 11, 1972) was an American science fiction and mystery writer. He was born in Cincinnati.  He is perhaps best known for his use of humor and for his mastery of the "short short" form—stories of 1 to 3 pages, often with ingenious plotting devices and surprise endings. Humor and a somewhat postmodern outlook carried over into his novels as well.
The famous pulp writer Mickey Spillane called Brown "my favorite writer of all time".  Science fiction and fantasy writer Neil Gaiman has also expressed fondness for Brown's work, having his novel Here Comes A Candle narrated by the character Rose Walker in the collection The Kindly Ones of The Sandman.  Brown also had the honor of being one of three dedicatees of Robert A. Heinlein's Stranger in a Strange Land.


X Minus One was a half-hour science fiction radio drama series broadcast from April 24, 1955 to January 9, 1958 in various timeslots on NBC.  Initially a revival of NBC's Dimension X (1950–51), the first 15 episodes of X Minus One were new versions of Dimension X episodes, but the remainder were adaptations by NBC staff writers, including Ernest Kinoy and George Lefferts, of newly published science fiction stories by leading writers in the field, including Isaac Asimov, Ray Bradbury, Philip K. Dick, Robert A. Heinlein, Frederik Pohl and Theodore Sturgeon, along with some original scripts by Kinoy and Lefferts.

Realated Links:
The War Of the Worlds by H.G. Wells, and its many adaptations
Signs
The Day if the Triffids
Independence Day
Mars Attacks!
The Twilight Zone - Hocus-Pocus and Frisby
Marvel's The Avengers
Star Wars: Episode 1 - The Phontom Menace

To comment on this story, journey on over to the Forums
Posted by Journey Into... at 9:46 AM No comments:

Young Bartholomew is a graduate student in history from a future Oxford who is assigned to travel back in time to join and study the famous Fire Watch Brigade-the volunteer corps whose brave members kept St. Paulâs Cathedral from being burned to the ground by Nazi incendiaries. 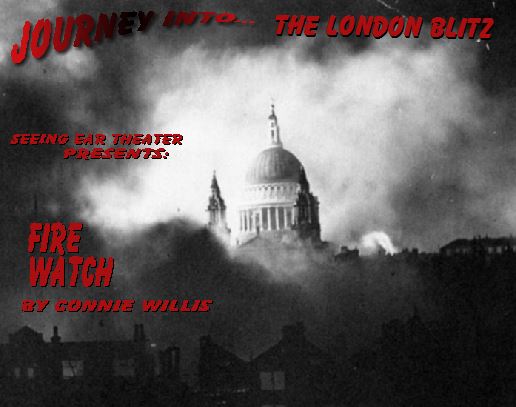 Connie Willis was  born on 31 December 1945 is an American science fiction (SF) writer. She has won eleven Hugo Awards and seven Nebula Awards. Her first published story, "The Secret of Santa Titicaca," appeared in Worlds of Fantasy in 1971. After receiving an NEA grant in 1982, she left her teaching job and became a full-time writer.

Willis has written several pieces involving time travel by history students at a faculty of the future University of Oxford.   It all started with  short story "Fire Watch" (found in the collection of the same name) and the novels Doomsday Book and To Say Nothing of the Dog, as well as the two-part novel Blackout/All Clear. All of the Oxford Time Travel stories have won the Hugo Award, and all but To Say Nothing of the Dog have won both the Hugo Award and the Nebula Award.

She lives in Greeley, Colorado with her husband, Courtney.


SEEING EAR THEATRE was an extension of the SCI-Fi Channel, and produced audio dramas between 1997 and 2001.  Dozens of Science Fiction and Fantasy stories were produced by a dedicated and talented crew of multimedia artists, writers, actors and musicians and delivered “radio” drama via streaming audio. It managed to capture some of the top living SF writers of today, like Harlan Ellision, J. Michael Straczynski, Connie Willis, Neil Gaiman, and Kim Stanley Robinson. It also produced some classic stories, from the likes of Fredric Brown, Poul Anderson, and William Tenn.

Realated Links:
SFF Audio
The London Blitz
Doomsday Book, To Say Nothing of the Dog, Blackout, and All Clear by Connie Willis
Doctor Who on Netflix
Dr Who S1E9 - The Empty Child
Barrage Ballons

Music used in this production:
"Largo" by Dvorak
Doctor Who Theme


To comment on this story, journey on over to the Forums
Posted by Journey Into... at 2:43 PM No comments:

Never ask a woman her age, yet a young husband feels compelled to do just that. 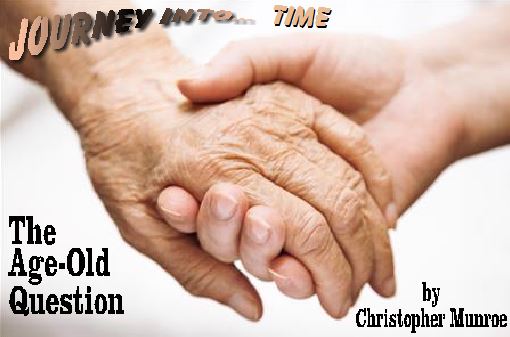 
Christopher Munroe is a author/actor/comedian from Calgary, Alberta whose fiction has appeared in the Dunesteef Audio Fiction Magazine, the Way of the Buffalo and Journey Into… podcasts, and numerous other places around the web, and whose debut novel, Broken Escalator, is available now in eBook and as a podcast at Podiobooks. He likes words and ideas, and occasionally has trouble seeing the difference between horror and comedy, which has led to unexpectedly amusing stories and absolutely terrifying standup sets…

Special Thanks to Eric J. Blommel for narrating this story.  Eric is a counseling psychology graduate student. big time nerd. cci-fi and fantasy fan, long time computer geek, and brand new aquaponics gardner.
Realated Links:
The Time Traveler's Wife
The Curious Case of Benjamin Button
Groundhog Day
Doctor Who on Netflix
Doomsday Book, To Say Nothing of the Dog, Blackout, and All Clear by Connie Willis
Back To the Future Trilogy
12 Monkeys
Timeline by Michael Crichton (and its bad movie adaptation)
A Wrinkle in Time by H. G. Wells
The Time Machine by Madeline L'Engle

Music used in this production:
"Frannie" by Josh Woodward

To comment on this story, journey on over to the Forums
Posted by Journey Into... at 4:43 PM No comments: