Spacer Rohr Furland takes a temporary position on The Comet, joining the sparse crew of Jeri, a bioengineered “Superior” human, a cranky AI referred to as "The Brain", and the eccentric (some say crazy) captain, Bo McKinnon, who styles himself to be the 1940’s pulp SF hero, Captain Future. 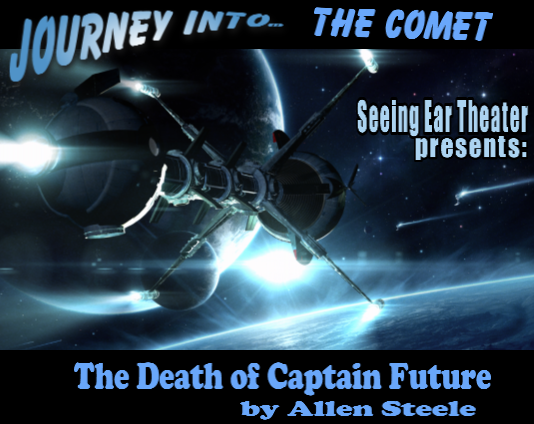 Allen Steele was born in Nashville, Tennessee. He received his B.A. in Communications and a M.A. in Journalism. Before turning to SF, he worked for as a staff writer for daily and weekly newspapers, freelanced for business and general-interest magazines, and spent a short tenure as a Washington correspondent, covering politics on Capitol Hill.

Steele, became a full-time science fiction writer in 1988, following publication of his first short story, "Live From The Mars Hotel" (Asimov's, mid-Dec. `88). Since then he has become a prolific author of novels, short stories, and essays, with his work appearing all over the world.

Seeing Ear Theater was an extension of the SCI-Fi Channel, and produced audio dramas between 1997 and 2001. Dozens of Science Fiction and Fantasy stories were produced by a dedicated and talented crew of multimedia artists, writers, actors and musicians and delivered “radio” drama via streaming audio. It managed to capture some of the top living SF writers of today, like Harlan Ellision, J. Michael Straczynski, Connie Willis, Neil Gaiman, and Kim Stanley Robinson. It also produced some classic stories, from the likes of Fredric Brown, Poul Anderson, and William Tenn.
Cast (partial):
Neil Dickson as Rohr Furland
Marina Sirtis as Jeri


To comment on this story, journey on over to the Forums
Posted by Journey Into... at 3:25 PM No comments:

Accused of conspiracy to murder Queen Elizabeth of England, Mary is sentenced to death for treason. 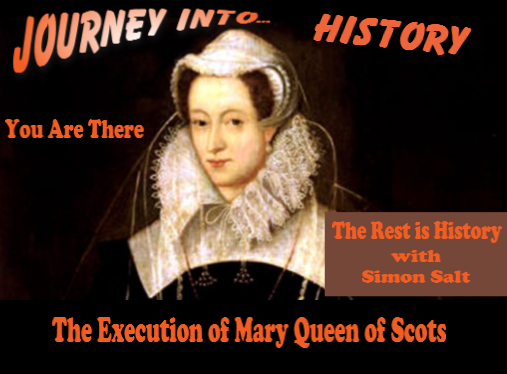