Journey #67 - Space Patrol: The Lady From Venus, plus Buck Rogers 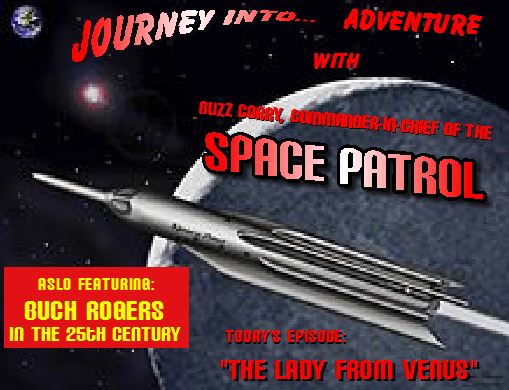 The success of the Space Patrol TV show on ABC spawned an almost instant radio version, which ran from 4 October 1952 to 19 March 1955 producing approximately 129 episodes. The same cast of actors performed on both shows.


Buck Rogers is a fictional character who first appeared in Armageddon 2419 A.D. by Philip Francis Nowlan in the August 1928 issue of the pulp magazine Amazing Stories as Anthony Rogers. It was later adapted the story into a the first ever science fiction comic strip. Philip Nowlan, with the help of editorial cartoonist Dick Calkins as the illustrator, and the syndicate John F. Dille Company, adapted the first episode from Armageddon 2419, A.D. and changed the hero's name from Anthony Rogers to Buck Rogers. The strip made its first newspaper appearance on January 7, 1929.

In 1932, the Buck Rogers radio program, making history again as the first science fiction program on radio, hit the airwaves. It was broadcast in four separate runs with varying schedules. Actors Matt Crowley, Curtis Arnall, Carl Frank and John Larkin all voiced him at various times. The beautiful and strong-willed Wilma Deering was portrayed by Adele Ronson, and the brilliant scientist-inventor Dr. Huer was played by Edgar Stehli.

Buck Rogers was also featured in a television series from 1979 - 1981, starring Gil Gerrard as Buck Rogers, and Erin Grey as Wilma Deering.


To comment on this story, journey on over to the Forums
Posted by Journey Into... at 11:12 PM No comments:

The title says it all. 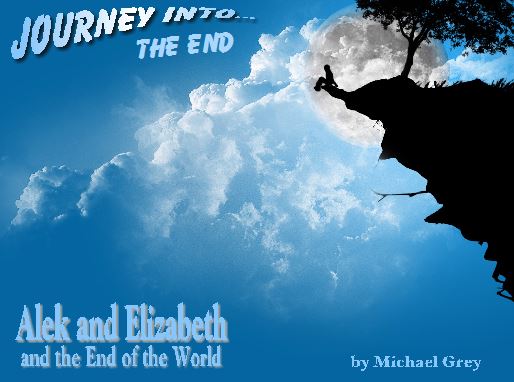 Michael Grey was born and grew up in West Yorkshire, England and now lives in Melbourne, Australia with his wife and two boys.  His work, featuring explosions, giant tanks and strange creatures, can be found in print and online and has been featured in the ‘Penny Dread Tales Anthology’ from Runeright Press, and the Andromeda Spaceways Inflight Magazine. He has also had other work, not featuring explosions, giant tanks and strange creatures, in ‘The Life and Times of Chester Lewis’ anthology from the Australian Literature Review.

He does not have the writer-obligatory cat, but there is a red switch in his cupboard which he is almost certain turns the lights on his street off and on. The weight of this responsibility makes him old before his time. He can be reached at www.michaelgrey.com.au


Special Thanks to Christopher Munroe for producing this story.

Christopher Munroe is a author/actor/comedian from Calgary, Alberta whose fiction has appeared in the Dunesteef Audio Fiction Magazine, the Way of the Buffalo and Journey Into… podcast.  His debut novel, Broken Escalator, is available now in eBook and as a podcast at Podiobooks.

Cast of characters:
Christopher Munroe as the Narrator
Dan Gibbins as Alek
Becky Shrimpton as Elizabeth
Realated Links:
Man Dies Due To Escalator

Music used in this production:
"Drop the Thought" by djmütze

To comment on this story, journey on over to the Forums
Posted by Journey Into... at 6:30 AM No comments: