Journey #119 - Amid The Steep Sky's Commotion: A Tale of the Airship Ozymandias by Josh Roseman

A passenger of the airship Ozymandias is dead, and it is up to Constable Rebecca McDonald to find the killer. 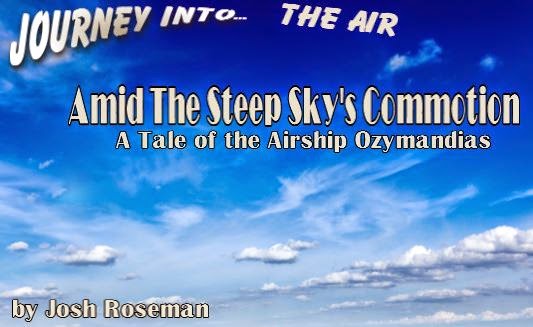 A special thanks to Jeremy Carter and Christopher Munroe for producing this epiosde.

Josh Roseman (not the trombonist) lives in Georgia USA. His writing has appeared in Asimov’s, Escape Pod, and the Crossed Genres anthology Fat Girl in a Strange Land. His fiction has been reprinted by the Dunesteef Audio Fiction Magazine and StarShipSofa, and his voice has been heard on two Escape Artists and all five District of Wonders podcasts. He is a 2013 graduate of the Taos Toolbox writing workshop. When not writing, he mostly complains about the fact that he’s not writing.
Cast of characters:
Julie Hoverson (of 19 Nocturne Boulevard) as Constable McDonald, Katya Iyarina, and others
Rish Outfield (of the Dunesteef Audio Fiction Magazine) as Tony Peters
Becky Shrimpton  as Marianne
Christopher Munroe as Captain St. Pierre
Jeremy Carter as the Meteorologist
Marshal Latham as Commander Markel


To comment on this story, journey on over to the Forums
Posted by Journey Into... at 10:42 PM

The Texas Army prepares to hold back the overwhelming Mexican forces in a historic siege against the Alamo Mission. 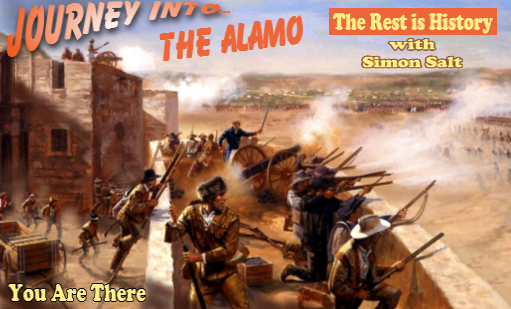 To comment on this story, journey on over to the Forums
Posted by Journey Into... at 9:48 AM No comments: