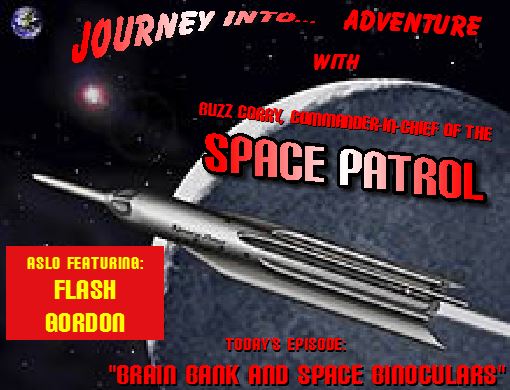 The success of the Space Patrol TV show on ABC spawned an almost instant radio version, which ran from 4 October 1952 to 19 March 1955 producing approximately 129 episodes. The same cast of actors performed on both shows.

Flash Gordon is the hero of a science fiction adventure comic strip, originally drawn by Alex Raymond, first published January 7, 1934.   Starting April 22, 1935, the strip was adapted into The Amazing Interplanetary Adventures of Flash Gordon, a 26-episode weekly radio serial. The series followed the strip very closely, amounting to a week-by-week adaptation of the Sunday strip for most of its run.  The series ended on October 26, 1935 with Flash and Dale's marriage.  The Flash Gordon comic strip has been also translated into motion pictures, television and animated series.


To comment on this story, journey on over to the Forums
Posted by Journey Into... at 1:58 PM