The return of the black bird signals it is time Abigail and her community to take The Walk and face the secret that has kept her safe all these years. 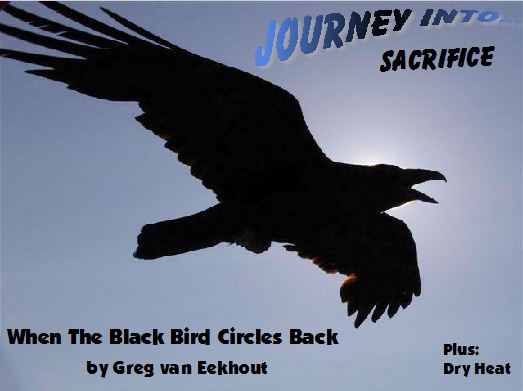 Greg van Eekhout, a favorite author of mine, has written many, many short stories, as well as three novels.  Norse Code is an adult urban fantasy about Ragnarok in modern-day LA.  His two middle-grade novels, Kid vs. Squid and The Boy at the End of the World, have been thoroughly enjoyed by young and old alike.  Greg is currently working on a new trilogy of books based on his short story, "The Osteomancer's Son".

Cast of characters:
Dani Cutler (of the Truth Seekers Podcast) as Abigail
Norm Sherman (of the Drabblecast) as Doc Gish
Graeme Dunlop (of Cast of Wonders) as the lead creature
Josh Roseman as Mr. Cragg
Julie Hoverson (of 19 Nocturne Boulevard) as Mrs. Cragg
Nathan lee (of Mirrorshards) as the Rider
Dave Thompson (of Podcastle) as the Rider's apprentice
Megan Latham as Michelle Gish
Marshal Latham as Mayor John, Abigail's father

Music used in this production: "The Saga Begins" and "Hymn of the Sky" by Celestial Aeon Project

To comment on this story, journey on over to the Forums
Posted by Journey Into... at 3:49 PM