Robin vs. Dr Bly - Wounded Batman vs. Bly's men - The fate of Lois Lane - And where is Superman? 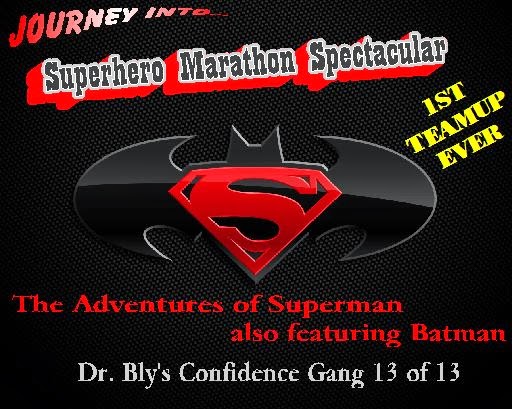 This 13-episode story arc, which aired in 1945, features the first ever team-up of Superman and Batman.

Music used in this production:
"Take A Chance" by Kevin MacLeod

To comment on this story, journey on over to the Forums
Posted by Journey Into... at 7:00 AM