Jim and Della have great love for each other but very little money.  How can they hope to get each other a gift for Christmas? 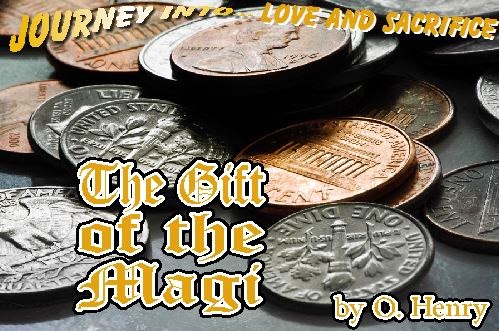 However, Porter was found guilty of embezzlement in February 1898, sentenced to five years in prison. While in prison, as a licensed pharmacist, he worked in the prison hospital as the night druggist. Porter was given his own room in the hospital wing, and there is no record that he actually spent time in the cell block of the prison. He had fourteen stories published under various pseudonyms while he was in prison, but was becoming best known as "O. Henry". A friend of his in New Orleans would forward his stories to publishers, so they had no idea the writer was imprisoned.

Josh Roseman (not the trombonist; the other one) lives in Georgia (the state, not the country). His writing has appeared in Asimov’s, Escape Pod, and the Crossed Genres anthology Fat Girl in a Strange Land. His fiction has been reprinted by the Dunesteef Audio Fiction Magazine and StarShipSofa, and his voice has been heard on two Escape Artists and all four District of Wonders podcasts. He is a 2013 graduate of the Taos Toolbox writing workshop. When not writing, he mostly complains about the fact that he’s not writing.

Music used for this production:
Vivaldi's Four Seasons (Winter)
We Three Kings by The Paradise Room


To comment on this story, journey on over to the Forums
Posted by Journey Into... at 6:45 PM