The great city of Windwir has been destroyed; and the Androfrancine order wiped out.  The only survivor seems to be a lone mechanical man. 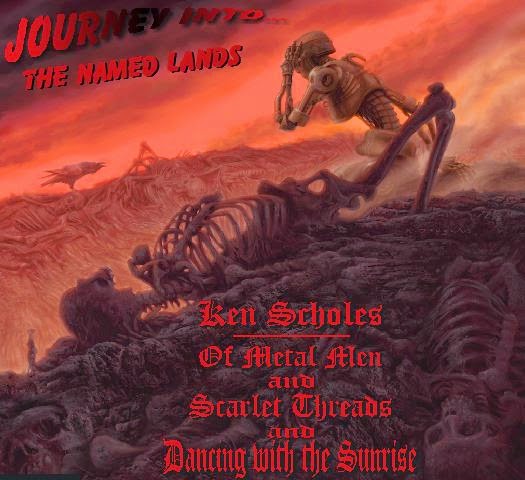 
Ken Scholes grew up in a trailer outside a smallish logging town not far from the base of Mount Rainier in the Pacific Northwest.  Baptized into Story at a young age, he fed himself on Speed Racer, Time Tunnel, Land of the Giants and Marine Boy sprinkled with a generous dose of dinosaur picture books.  When he was thirteen, he read Bradbury's essay "How to Keep and Feed a Muse" and knew he had to be a writer. When he was fourteen, he started writing stories of his own and by fifteen, he had started his own Rejection Slip Collection.


Cast of characters:
Wilson Fowlie as Rudolfo
Rish Outfield (of the Dunesteef Audio Fiction Magazine) as Isaak
Big Anklevich (of the Dunesteef Audio Fiction Magazine) as Sethbert
Josh Roseman (not the trombonist) as Gregoric
Julie Hoverson (of 19 Nocturne Boulevard) as Lady Jin Li Tam
Nathaniel Lee (of Mirrorshards) as Chief Gypsy Scout, and the Armorer
Bryan Lincoln (of Full Cast Podcast) as the programmer
Johnny Feisty (of TV Copilot) as Sethbert's mechoservitor
Marshal Latham as Narrator

Music used in this production:
Original custom compositions of "Bawdy Androfrancine Song" and "Upbeat Number" by Juicy Melon Jim
"Temping Secrets", "Master of the Feast", and "Truth of the Legend" by Kevin MacLeod


To comment on this story, journey on over to the Forums
Posted by Journey Into... at 9:09 AM