In 1955, William and Susan Travis enjoy a "vacation" in Mexico, but it turns out they are scientists on the run from a war in the year 2155 A.D.  Now, their escape is put in jeopardy by the arrival of one of the Searchers from the future. 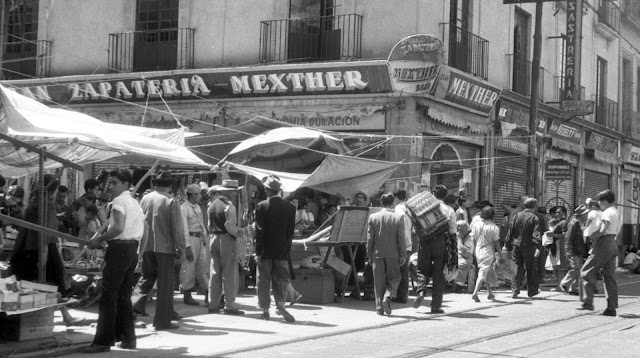 Ray Bradbury is the world’s greatest science fiction writer. Some may argue, including Ray himself, that he writes fantasy rather than science fiction. He once said that Fahrenheit 451 was his only true science fiction work. His stories may tells us very little about science, but a great deal about the netherworld of imagination buried deep within all of us. In addition to over 1000 short stories, several novels and a handful of plays; Ray Bradbury has written poetry and scenarios. He adapted the novel Moby Dick for the movies, and has seen several of his own stories made into motion pictures, as well as television radio shows. His writing has appeared in nearly every American magazine publishing quality fiction, and in over 100 anthologies of short stories.

X Minus One was a half-hour science fiction radio drama series broadcast from April 24, 1955 to January 9, 1958 in various timeslots on NBC.  Initially a revival of NBC's Dimension X (1950–51), the first 15 episodes of X Minus One were new versions of Dimension X episodes, but the remainder were adaptations by NBC staff writers, including Ernest Kinoy and George Lefferts, of newly published science fiction stories by leading writers in the field, including Isaac Asimov, Ray Bradbury, Philip K. Dick, Robert A. Heinlein, Frederik Pohl and Theodore Sturgeon, along with some original scripts by Kinoy and Lefferts.