Gustavo Reyes is flying home from Seattle with a surprise for his mom, but then, Elsie boards the plane and sits right next to him.  Elsie is full of surprises. 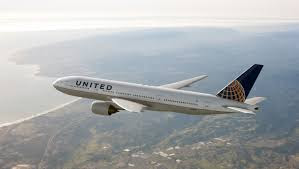 And he's pretty good at this stuff. He won a Hugo Award for one of his stories a while back, and his short work has been nominated for World Fantasy, Nebula, Sturgeon, and Stoker Awards, too. His stories have appeared in the Best American Short Stories (Fancy!), the Year's Best Fantasy, The Year's Best Fantasy and Horror, the Mammoth Book of Best New Horror – you get the idea.

Go to timpratt.org to learn about more about his books and collections, or like I mentioned earlier, head over to patreon.com/timpratt to read more of his stories.  Recently, in light of the Coronavirus and all the quarantines, Tim made the first year of stories on Patreon free for anyone to read.  That's very cool, but you might as well toss him a buck a month to read all of his stories.

Cast of characters:
Rish Outfield (of The Rish Outcast and The Dunesteef Audio Fiction Magazine) as Gustavo Reyes
Abigail Hilton as Elsie
Bria Burton as the airport gate agent
Marshal Latham as the airplane pilot