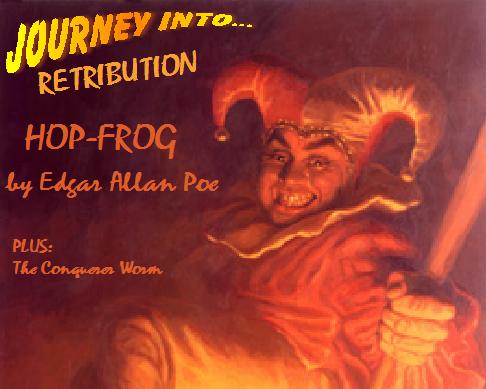 Hop Frog is often the butt of the King's jokes and cruelty, along with the Royal Council, but Hop Frog still agrees to help them with a masterful ruse at the masquerade.


Cast of characters:
John "Widgett" Robinson (of Need Coffee Dot Com) as Narrator
Big Anklevich (of the Dunesteef Audio Fiction Magazine) as Hop Frog
Marshal Latham as the King, and his ministers

Check out the 32 days of Halloween


Music used in this production:
Jig by Valerie Thompson  of ARTSomerville

To comment on this story, journey on over to the Forums
Posted by Journey Into... at 1:35 AM