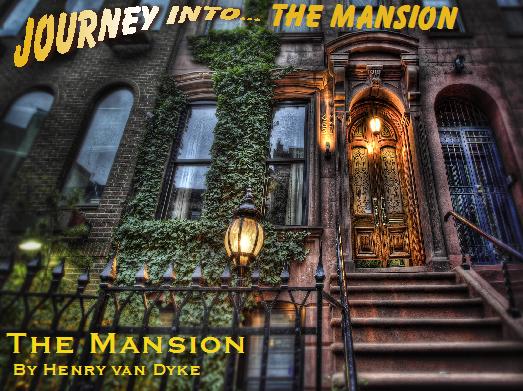 John Weightman is a wealthy and generous man, if it provides rewards for himself, but what does he have to learn of freely giving of himself?

Henry van Dyke was born on November 11 , 1852 in Germantown, Pennsylvania.  He graduated from Princeton University in 1873 and from Princeton Theological Seminary in 1877 and served as a professor of English literature at Princeton between 1899 and 1923. He was also the pastor of the Brick Presbyterian Church, in New York City, and served as U.S. minister to the Netherlands from 1913-16, right around the beginnings of WWI.
Among his popular writings are two other Christmas stories The Other Wise Man (1896), and The First Christmas Tree (1897). Various religious themes of his work are also expressed in his poetry, hymns and the essays collected in the books Little Rivers and Fisherman’s Luck .


To comment on this story, journey on over to the Forums
Posted by Journey Into... at 9:24 AM