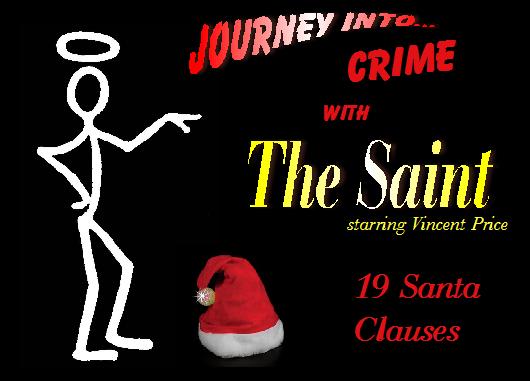 Simon Templar gets mistaken for a thief in a santa suit and then must solve the mystery.

To download, right-click here and then select Save Target As
﻿
Based on a popular movie series, The Saint ran on NBC radio from 1944-1951 and starred Vincent Price inthe title role. The series was also adapted as a comic strip, a British television series starring Roger Moore, and 1997 film starring Val Kilmer.

Theme music by Man In Space and the Vince Guaraldi Trio

To comment on this story, journey on over to the Forums
Posted by Journey Into... at 12:50 AM