While exploring a crater, Jet Morgan vanished from sight.  And that’s not the only strange thing the crew experience on the Moon. 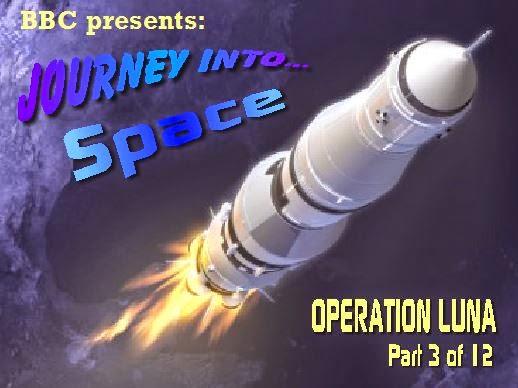 
To comment on this story, journey on over to the Forums
Posted by Journey Into... at 8:00 AM